Our design department decided to study and create a new logo for UNIGAMER, based on the Phoenix bird history.

What better story symbolizes the eternal spirit of gamers? Start, play, lose or win. Immortality, resurrection and life after death.

In the virtual world of gaming, we constantly learn from our mistakes, and that is part of our real-life for all of us. We live in constant ups and downs, like playing games, and we will forever try to improve our results until one day we reach the top.

UNIGAMER is actually not a brand, but a company, a group of passionate people that produces equipment for various global brands, OEM, and ODM, we partner constantly to create better products, with better quality and adaptability to people.

The phoenix bird is an ancient mythical bird whose symbolism and mythology still intrigue us today. The inspiration for stories and artwork that date back to at least 1500 BC, the phoenix symbolizes rebirth, renewal, immortality, healing, and eternal fire.

What does the phoenix symbolize?

A phoenix is a mythical bird that likely originated in Ancient Egypt, the Middle East, Greece, China, and India. All these countries and cultures have their own similar stories. It is described as a large bird that has flame-coloured purple, orange, and gold feathers and a crimson-red breast. In addition, it is often described as having a long tail and a crest of feathers on its head that are silver and blue. Furthermore, the phoenix is described as a bird of prey who is larger than an eagle but also resembles a peacock or a crane.

The Chinese Feng Huang is a mythical bird that was beautiful and had the head of a pheasant and the tail of a peacock. However, it also had parts of other animals, including the neck of a snake and the back of a turtle. The sacred bird was said to embody both masculine and feminine traits. Thus, in China, it is representative of the balance of Yin and Yang.

There are many examples of vestiges and old pieces of the popular Fenghuang, whether in garments, furniture craftsmanship, embroidery, handicrafts, or paintings, among many other types of goods. It is without a doubt one of the references of popular culture that runs through the Chinese territory and overseas, and that made people spread this story everywhere, in a sense of resilience. Ornament from a book of typographic specimens, Harpel’s Typography, 1870. 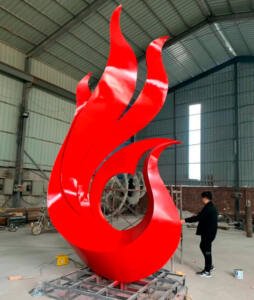 In one of China’s local artworks about Fenghuang (Phoenix).

What are the changes made from the previous logo?

UNIGAMER reborn in each project, that’s the spirit we want to keep renewing to do it better and in a more innovative way.

I hope you enjoyed it.

To know more about the “Phoenix Bird” please visit this link: https://www.britannica.com/topic/phoenix-mythological-bird